This activity lets you pass data using Studio Pro to execute Python scripts. You can learn more about how to run scripts written in Python in this article.

How to use it?

There are two ways to perform this operation, depending on the amount of data.

You can pass a string to Python as a parameter. To demonstrate this, let us look at the following workflow. 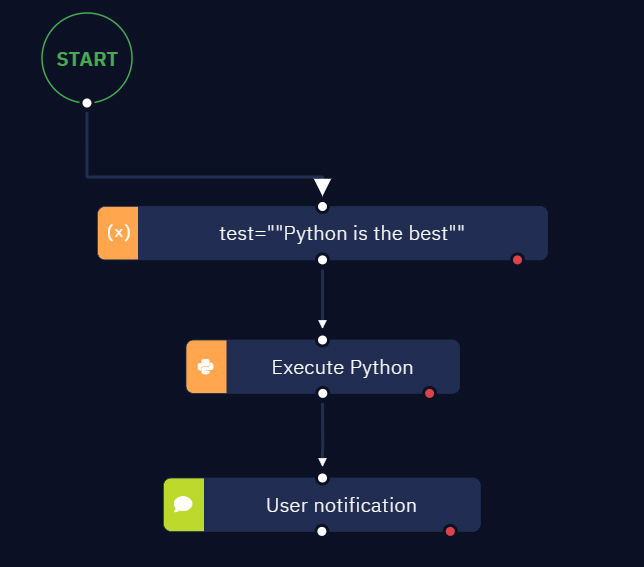 It is important to note that your string must be wrapped in double quotes, otherwise Python will process your string incorrectly. Using the given string, you can create a variable in Studio Pro as shown below. 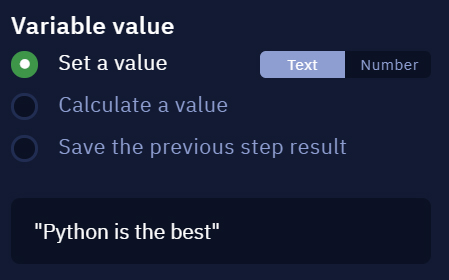 It should be noted that

The result of the workflow is 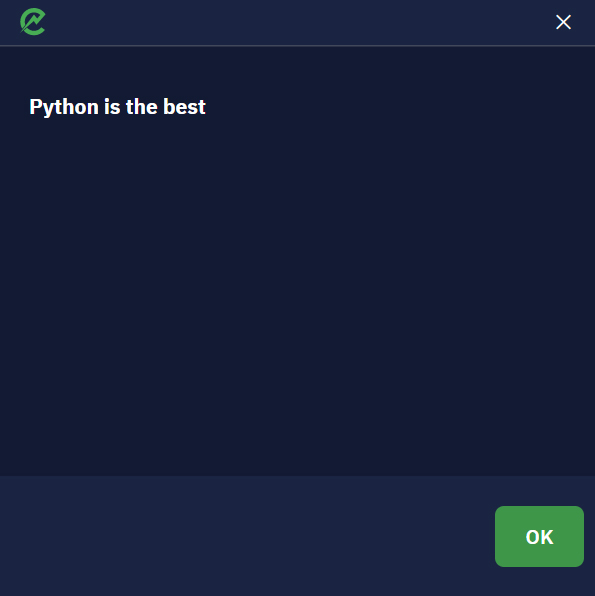 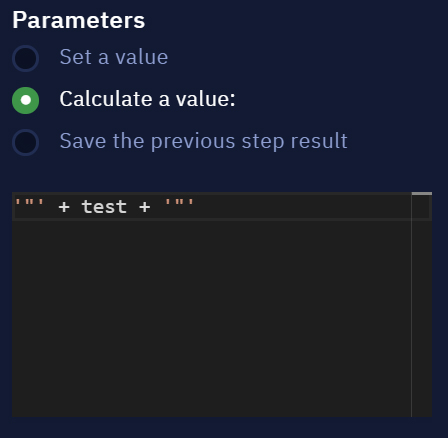 Multiple values can be sent as needed. Make sure to wrap them correctly and use proper indices. As an example, let us consider the expression: '"' + test + '" "test_value"'​. In this case, the value of testis the argv[1], and for the test_value is argv[2]​.

At the moment, there is only one possible way to pass a large amount of data, for example a JSON data file. In this case, you need to extract data using Studio Pro and then use it in Python. Let us look at the following example to understand how to deal with such a problem.

In the given case, we have created the following workflow. 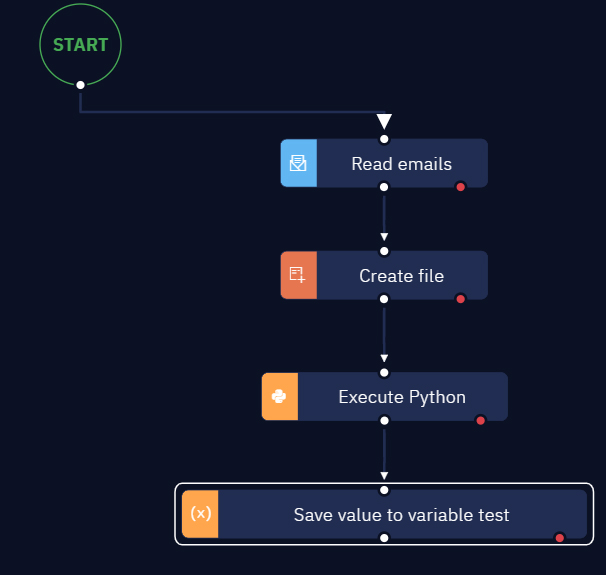 We also need the Python script to import JSON data.

The result of this test workflow is simply an email address.

There are two main errors that may occur while a bot is running.

1. The first error message is thrown if a wrong path was used for a Python script.

In order to fix this problem, you need to check that an absolute path is being used, for example 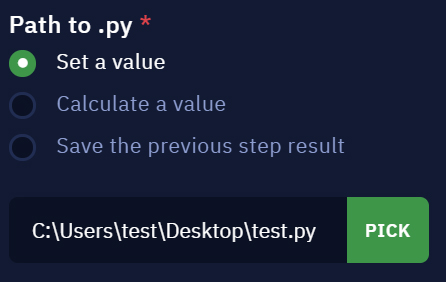 2. The second error message may appear if the file name or one of the folders in the path contains a space in the name.

In order to solve this problem, you need to wrap the whole path in double quotes, for example: 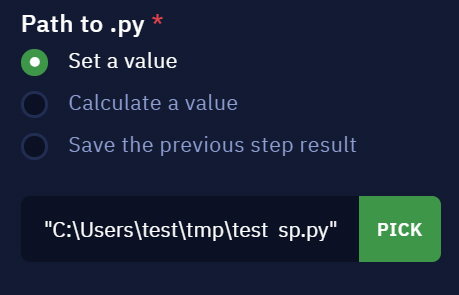 3. Тhe third possible error can be displayed as follows:

In this case you should check the "Path to venv folder" parameter, because the error means that the path to the venv folder is not specified correctly: the folder does not exist or it does not contain Python libraries. Note an example of the contents of the venv folder: